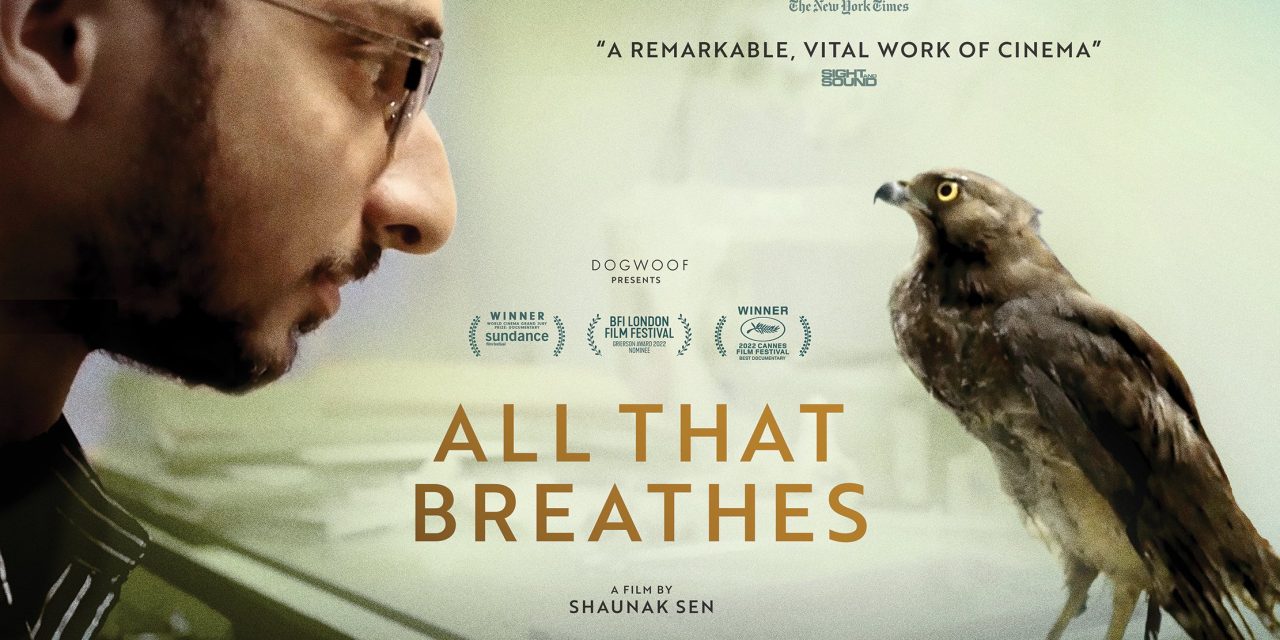 In one of the world’s most populated cities, two brothers — Nadeem and Saud — devote their lives to the quixotic effort of protecting the black kite, a majestic bird of prey essential to the ecosystem of New Delhi that has been falling from the sky at alarming rates. Amid environmental toxicity and social unrest, the ‘kite brothers’ spend day and night caring for the creatures in their makeshift avian basement hospital. Director Shaunak Sen (Cities of Sleep) explores the connection between the kites and the Muslim brothers who help them return to the skies, offering a mesmerizing chronicle of inter-species coexistence.

“All That Breathes blends a verité-style character study with gorgeous nature cinematography while never losing the film’s overall commentary on how man interacts with nature—or merely chooses to destroy it through inaction.”
– Brian Tallerico, RogerEbert.com

“A subtle, haunting reflection on the meaning of humanity — on the breathtaking kindness and heartbreaking cruelty that define our wounded, intrepid, predatory species.”
– A.O. Scott, New York Times